Mobility as a Service: A View from Across the Pond

Mobility as a Service: A View from Across the Pond 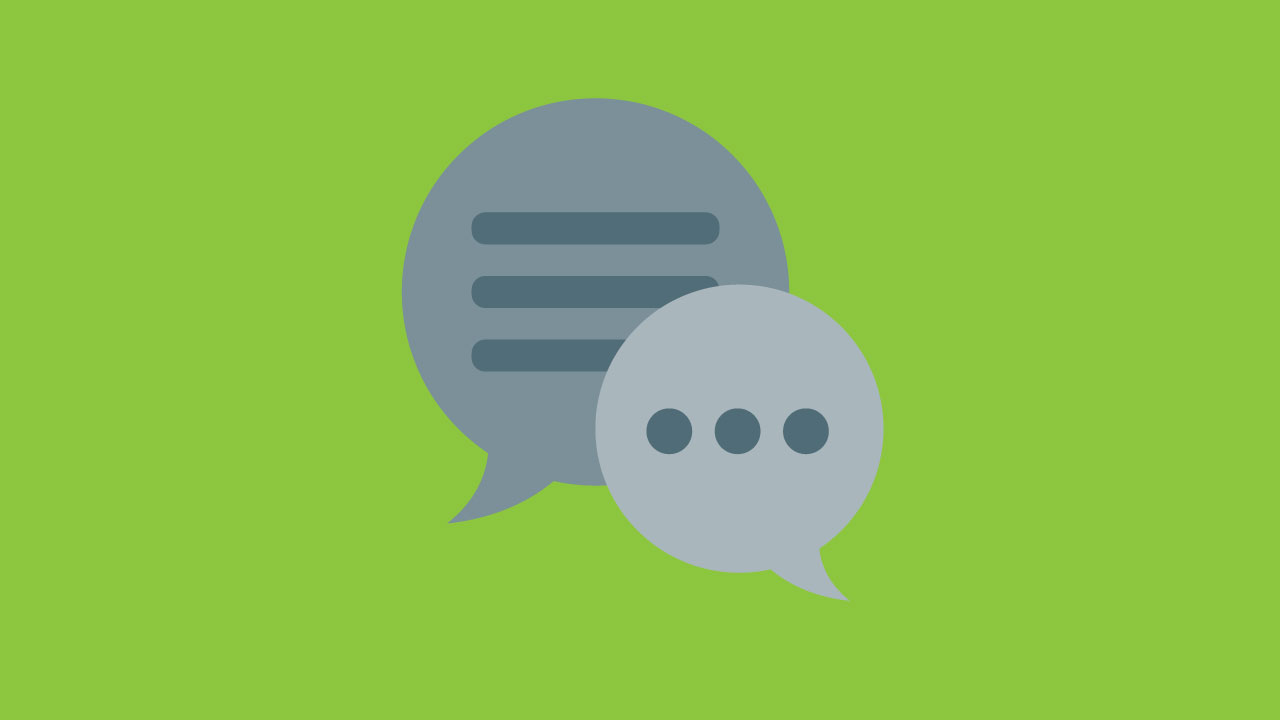 Technology Scotland CEO, Ally McInroy, chats with one of our newest MaaS Scotland members, Shannon Fain, to find out what got him started in mobility as a service, what the MaaS landscape looks like in the USA and the opportunities and interests that bring Shannon to Scotland.

When did you become familiar with MaaS, what got you interested in it?

“It was around 2015/2016 when I read some articles and viewed some pics/videos from the World Congress on Intelligent Transport Systems that was held in Bordeaux that year. MaaS was heavily discussed at the conference and I was familiar with “SaaS” so I was intrigued to see “Mobility” stepping in “as a service” for transportation.

This was a only a few years after Uber started to take off and spread globally. With Uber/Lyft I always thought “how many people need a personal vehicle now with this service available?” Do you really want to pay for the 2nd most expensive thing you will ever purchase (aside from your home) and have it sit in your driveway or in your garage for 20 hours a day not being used?

Why do that when you have a service that can carry out your needs and you only pay for it when you are using it. No payments, no insurance, no petrol etc.

So, when you have this existing view of Uber/Lyft and then you hear about MaaS and you see how it could expand to include a lot more mobility options such as additional types of vehicles (transit, passenger cars, bikes, scooters, etc) and then you hear about software being developed that would combine all of these options to give you “the shortest option”, or “the fastest option” or “the cheapest option”… I was immediately interested. I felt “this could really change the entire world”.

With it being a relatively new concept/solution, how did your background prior to MaaS prepare you?

Good question. I went to school for undergrad and grad school majoring in Transportation Engineering and City Planning over 20 years ago here in the US. However, I was NEVER the “oh, there’s traffic? Just add some more lanes! In fact, let’s add those lanes right through the heart of the city and divide it up!” type at all. I never believed that was the solution.

Unfortunately strategy like this was viewed as the best option in the US for many many decades. Even President Eisenhower, who played a big role in establishing the US Interstate system, did not view cutting through the heart of US cities as a good idea: “running Interstate routes through the congested parts of the cities was entirely against his original concept and wishes; he never anticipated that the program would turn out this way.”

I was always looking deeper to see why there was traffic to begin with. Was it the layout of the streets? The transit routes, or lack thereof? Was it development patterns? etc. So I was always looking for solutions to truly improve mobility for all. And then MaaS appeared and opened up a whole new realm…

How do you describe it to people not familiar with the term?

While some may have some of those (but not all), the majority of people do not. They pay for services instead of having to purchase, install, configure, and maintain their own hardware/systems. Then I ask them, how about doing that for mobility as well? As I mentioned previously, why have your second most expensive purchase in your life (maybe third most if you buy Tottenham Hotspur season tickets) just sitting there the majority of the day, doing nothing. This is where MaaS comes in and let’s you employ services, only as needed, to get from A to B.

As an American, how are people responding to the idea? Is the general population even aware of it?

It is definitely moving slower here in the US. Shortly after another conference in Europe that was held about 4-5 years ago, I was a speaker at a conference here in the US, presenting to 500-600 transportation engineers. At the European conference, MaaS was a huge topic. Everyone talked about it, every discussion seemed to end up being a discussion about MaaS. It was everywhere. A month or so later when I was presenting at the US conference I asked the crowd to “raise your hand if you are familiar with MaaS”. Out of the room of 500+ engineers, probably nine (9) of them raised their hands… and I was one of the nine. However, I do feel that here in the last two years or so it has caught up quite a bit and it’s more common within the transportation industry.

As far as the general population, it is very unaware of MaaS. When talking with people that have nothing to do with transportation I sometimes bring it up and literally no one has ever told me they knew the term. When I explain it to them they quickly understand it and for the most part they think it is a good idea.

What progress have you seen relating to MaaS deployment in the US?

We are starting to see more software that looks to combine various modes, especially transit, with each other. However, the actual system where you can “officially” pick various routes and/or mobility, have a single payment, etc. are still not prevalent. I do think public awareness is very important for MaaS in the US, especially in dense, urban areas.

What (if anything) is causing MaaS progress in the US to be slower as compared to Europe? Are the challenges faced similar or are some things unique to the US?

The big item holding it back in the US (aside from general awareness) is that America is a nation that for the most part deems private vehicle ownership as vital. People feel they have to have their vehicle and they have to have their own “space” when it comes to mobility. This of course has always been the case when for example you compare transit systems in Europe to those in the US. Americans just really like going somewhere in their own device that they own. Also, the part where they have to trust the software/app to have a device or service where they said they would have it is a big concern. They know where their car is, they know when it’s available. They don’t have to make a plan involving a short walk, then a ride on a scooter that takes you to the transit station and hope that all of the elements are present and available. This will just take trust and familiarity.

However, with many people moving back to urban areas (although COVID slowed this down a bit) people started to be more willing to find other, cheaper, healthier, less intrusive methods of getting from A to B. People see the value of choosing their home based on what all they can get around to without having to ride in private vehicle traffic. Also, as younger generations continue to enter the world I think Uber/Lyft, Zipcar, scooters, AVs, e-bikes etc. will become totally integrated. With them, and the associated softwares that bring all of these modes of travel together into one source, one plan, MaaS will be a part of everyday life and mobility like personal vehicles are now already.

Now Ally, this is the greatest question! Due to my mother having Alzheimer’s, my father had to retire early to take care of her for many many years. So, unlike a lot of retirees, they could not “tour the world” or enjoy their hard earned senior years at various places. Once she passed, I told my father that every year for Fathers day I will take him anywhere he wants to go in the world in order to honor his years of hard work and make up for the time he and mom could not experience.

One year, he picked Scotland. We loved it. The people, the cities, the small towns, the countryside, the history (he and I are both history fanatics) etc. Honestly, I had been to England and Ireland, and I was expecting something similar, but it wasn’t the same. It was just amazing in so many ways. Then, the next year, when my 85 year old dad could pick anywhere in the world to go to, he picked Scotland again. Once again, he and I both felt the same feeling that it just felt like home. It felt like we belonged there.

What is really amazing is on that second trip we were driving down the Destitution Road west from Inverness and there was a long stretch with nothing on the side of the road… until we saw a lone building sitting on a slight hill. We pulled up to it, looked around a bit, and saw that it had been abandoned. As I was curious, I looked it up online to see what it had been in the past and it turned out to be the Fain Inn/House/Bothy. Maybe this was just a coincidence. However, once we got home after this trip, I did some ancestry research online (which I had never done before, so I had no idea what the results would be) and found that this area was indeed where a lot of my ancestors lived in the past before immigrating to the US. So it felt like home deep down before we knew it was home.

That same year, I took my wife with me to Scotland for Boxing Day, Christmas and New Years and she fell in love as well. She too had been to England and Ireland and she agreed that it just felt different. She said she could see us living out our lives in Scotland and I totally agreed.

Then finally, after COVID died down a bit, my wife and I and two of our best friends went to Scotland this past June and once again, it instantly felt like home. We visited Edinburgh, explored the Cairngorms, Inverness and the Highlands, Inveraray, Mull, Iona, and wrapped things up in Glasgow. We loved it and our friends loved it and they had been all over Europe and said nothing compares to Scotland. He may actually look to relocate there as well (he is also in Transportation Engineering).

Then you throw in the fact that my wife and I are having our first child in March of 2023 and we just really want to relocate to Scotland as, once again, deep down it just feels right. While my background is Engineering and Planning, over the last 10 or so years of my 20+ year career I have moved to an area in the industry that I really enjoy and honestly, what I am best at: Business Development and Growth. Not to bad mouth my fellow engineers, but unlike a lot of them, I really enjoy talking to others, I enjoy representing the company at conferences and trade shows, etc. I would love to work for a company that is in the MaaS realm (or possibly other transportation areas) and needs someone on the Business Development side of things. Someone to spread the word, meet new clients, build relationships with new and existing clients, manage these relationships and meet with various entities throughout Scotland and the UK and Europe. I would also possibly be interested in working for government entities as well, either locally, regionally, or nationally.